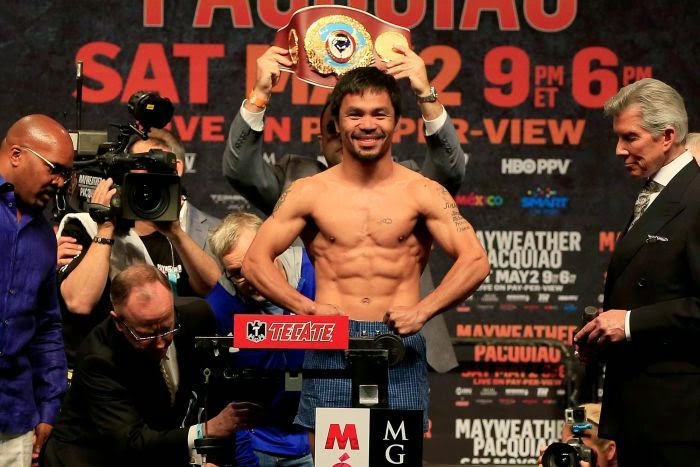 The marching tune of the Philippine National Anthem filled the boxing arena, re-broadcast worldwide, in hotels, restaurants, pubs, and shanties, such as the ones I passed by on my way to a resort where poor children played along the muddy sidewalk.

As the hymn rose I remember saying to myself, I am a Filipino but who am I really?

How does one define a race oppressed at its infancy, taught that to dream for a better life and of independence was a crime, colonized alternately by imperialists for centuries, duped into subservience with the Spanish introduction of religion to the society, broken into several ethnic factions, and strewn across an archipelago of seven thousand and one hundred seven islands.

When we are at a loss for words, the struggle leads to a preference to act things out. In search of an answer I looked out to the man whose values and imperfections (cockfighting, gambling, womanizing, etc. ensued by repentance and redemption) we are too familiar with that it hits close to home; a personification of the modern Filipino that still turned out beautiful in the end, yet loose, and broken, like an image in a Kaleidoscope. Manny Pacquiao is like the brother you are so proud of. He is also like a cousin we are embarrassed to introduce to our friends and feel sorry after 'cause he is humble and honest and naive.

I'm glad that I do not see myself in Manny, otherwise I would have a strong sense of dislike for him.  Instead, we see the man in us, and we see the potential to greatness.  My profoundest appreciation for Manny Pacquiao came ironically when I helplessly watched him lay on the canvas almost lifeless, after the Mexican Juan Manuel Marquez knocked him out. For a moment there I looked at him as no different from a Katipunero who had valiantly fought for our freedom, in his last moments, his life flashing before his eyes, lying in the battlefield. Somehow, my first instinct was to continue the fight where he had fallen.  That's when I knew I have failed in my objectivity. Right from the outset I was no longer watching a boxing match unfold.

They said he couldn't carry his speed and power in the higher weight class.  He was called a chump, a chimp, a midget; that he did not have the jab, that he only fought and relied on his left hand, that his skills are amateurish, he is too short, etc. I could as well be talking about our own race or history.  We wanted to prove something else, so we came in droves to fight and hated Floyd Mayweather Jr.'s tactical evasions that were, in fact, a beaut.

I told my friends that if I was a betting man I would bet on Floyd Mayweather to win. I have always said it, and I maintain that the boxer from Michigan is the best boxer in the world today.  The fight could have happened years ago and we could have a rematch now, but the result will remain the same.  Floyd Mayweather will beat Manny Pacquiao by style each time. But I'm supporting Pacquiao just the same because I have temporarily lost my objectivity. But more importantly, money and power, or winning is not everything, as his chosen persona represents.  I am a Filipino but who I can be I have seen in a man I thought was dead in the ring. He is alive and I will side with him in as many rematches they may make and I shall lose as many times. And I remember my conversation with Mexican great Antonio Barrera when I asked him personally, that given what he knows now (How Marquez exposed Pacquiao's weaknesses) would he have changed his fighting style when he fought Pacquiao to win, would he adopt Marquez' style of counter-punching to attain victory. He said "No. I would fight the same way I have always fought. If I could fight him again or turn back time I would fight exactly the same way." As if to say he'd rather lose in an expression of himself than win like somebody else.

Character and values make a winner. I thought of this in the middle of the marching song. 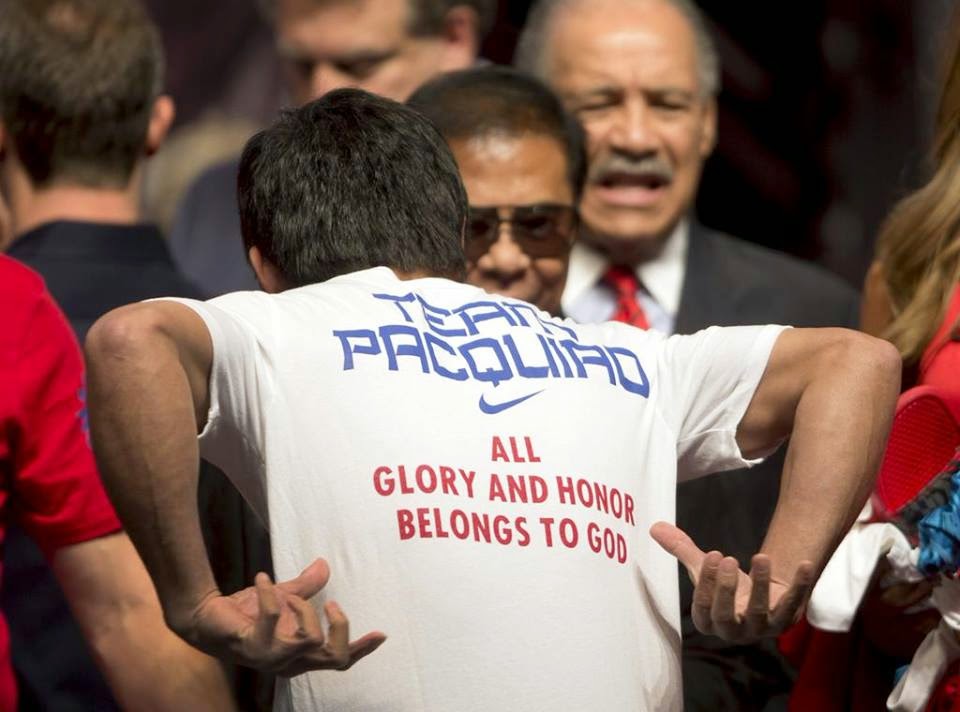