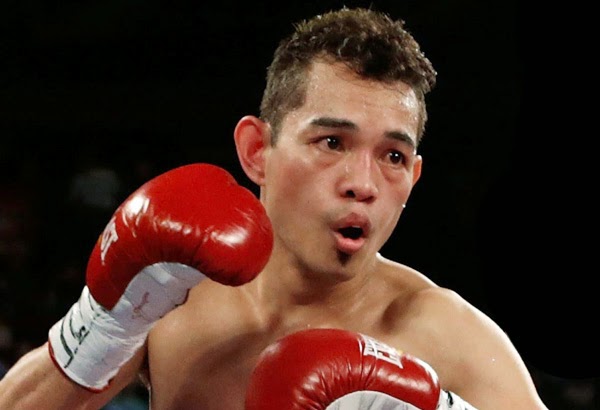 Nonito Donaire Jr. didn't have to fight an opponent as strong and massive as Nicholas Walters to rejuvenate his career. He could have started gradually as he stepped up on a higher division to get the feel of it, faced opposition he could handle, one that made him look good and posed just enough amount of threat before dealing with the inevitable.


I watched Donaire shift his head from side to side to avoid being hit, and wondered what made him make such a call. It was a decision that sparked interest and therefore good for the sport, but easily translates as a poor business strategy. After his loss to Rigondeux one would have thought a solid business outlook was in order to move on and rebuild his elite status in the fight business. I noticed at first he had improved much in his head movement and was not as hittable as in the past. He looked agile and well adjusted to his new weight. The foot movement was good despite the added poundage, even dashing the Dempsey Roll with a killer's attentiveness and fancy. I have not seen Nonito Donaire fight that well for some time up to that point.


The "Filipino Flash" was becoming very effective with his right straight and more importantly with that daunted left hook that has for so many times turned around fights in his favor. He hit the Jamaican opponent once so cleanly that the fight could have ended not so long after had the bell not sounded instead to end the round. Nonito Donaire Jr. could have used that great jump-start and kept the fight boring. It was quite winnable at some point by judge's decision if he had kept his distance. He was out-boxing his opponent with considerable speed, regularly outgunning him. It really didn't matter if he was hurting him as long as he kept on piling the points and winning rounds. He could have kept the distance and dragged the crowd to boredom and come out victorious. It was doable still after he got knocked down in the third round- the first in his career- he could have learned from that watershed moment and held on to his upstart investment.


No businessman would want to have a dark omen with sizable reach as Walters affecting bad energy in his workplace. Instead of moving out, strangely enough Nonito Donaire kept stepping in to engage. Not only was this bad for his stock for the disparity in reward versus risk ratio, but because he was doing something that was completely unnecessary. There was a roundabout way of hitting his objective. He chose to slug it out with a known knockout artist, placing his bet on a chance against a bigger, stronger fighter- a stance that kept the audience in an unstable state for his vagaries.


Nonito Donaire Jr. lost his place by coming out swinging too carelessly, taking a step too far into his Jamaican opponent's space. He kept coming in to impose his rule and dominate the fight to excite, to satisfy his eagerness that bordered on being foolhardy. He was making one bad proprietorial move after another, putting his money at the wrong places, pushing his stock too aggressively.


It wasn't for long that Nicholas Walters had found a way to negate the actively imposing Donaire. The latter practically presented the opportunity himself. Walters took a half step back with extended shoulders and timely abrogated him with all the power vested in his right hand- a booming straight as if to impress in his head the unsoundness of his business sense.


I watched Nonito Donaire Jr. with sad admiration. He tried to stand up and I hoped he stayed down, for what was the point in it? But there was a point after all. He floundered and when he barely stood he showed he has the make of a true champion. I'll never forget this fight although it turned out real badly. That night one Nonito Donaire Jr. highlighted the principle that Boxing is a sport first, and a business second.


Decked on the canvass one could not help but flat out give this daring sportsman who had trained his hardest and gave his all to push his limits our much deserved respect.

Mark currently lives in Cebu City and can be followed through http://twitter.com/markfvillanueva
Posted by Mark F. Villanueva at 1:50 PM