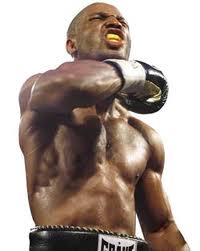 I'm a long time fan of the ageless executioner Bernard Hopkins. I'm re-posting some of his quotable quotes for his upcoming fight in Canada against Pascal:


“If anybody understands life they know that time somehow finds its way back to you. It’s called ‘Coming full circle.’ My first title was won on SHOWTIME. The birth of Bernard started on SHOWTIME."
“This kid is in over his head! I know he can’t swim so I’ll take him in deep waters."
“At 35, people thought I was old and then I beat Felix Trinidad. I’ve been blessed to fight so long. It says something for me to be able to stand at a podium and speak articulately.
“I’m the teacher. I’m going to take the student and give him an apple. And then, he’s going to be humble. He’s confident, but when the bell rings, that’s when I’m at my best.”
“I know how I thought and how I was when I was in my 20’s. I know that mentality. He believes he can beat me or he wouldn’t be here."
“I respect him, but I am going to beat him up. I have been a part of a lot of shenanigans so if I am talking a little nice, don’t get it twisted."
“This is one of the greatest motivations for me. To be in this position all of these years. Many people here have been to a lot of my press conferences. This one is a little different. Why? Because of the situation I am in right now. This is a chance to make another chapter of my career come to fruition.”
This fight will be held on Dec.18 at the Pepsi Coliseum in Québec City, Canada, and will be televised live on SHOWTIME® (10 p.m. ET/PT delayed on the West Coast.
Source:Boxingnews24.com

Mark currently lives in Iloilo City and can be followed through http://twitter.com/markfvillanueva
Posted by Mark F. Villanueva at 11:36 AM