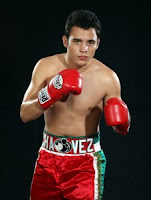 The last time both Julio Cesar Chavez Jr. and Irishman John Duddy fought their respective bouts was on the under-card of Pacquiao versus Clottey and I almost slipped from my chair and snoozed at a friend's bar on both occasions. It was that bad, especially for the son of Mexican boxing legend Julio Cesar Chavez who appeared real slow in his debut as a middleweight and telegraphed his punches; added the fact that his opponent Troy Roland was just about as lackluster as he was and threw weird backhand punches off his missed jabs. Now that both are scheduled to fight each other this weekend it is quite difficult for me to pick a winner with both John Duddy and Chavez coming off bad performances. Duddy has terrible, terrible defense, almost looking like a local club boxer at times, and Junior seems to have slowed down a lot. It was the worst I've seen him fight ever I was just glad it was over. 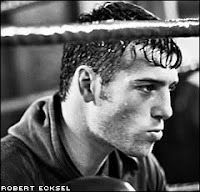 There's a saying in boxing that a fighter is as good as his last fight. With that in mind I should say this match up should be far from being a bit entertaining to the fans, except for one detail which could be enough to change whole perception of this fight: three time coach of the year, Freddie Roach will be in Chavez Jr.'s corner for the first time and coming into the fight he has made some interesting remarks about his ward's improvements and work ethics, which would normally just be considered hype, except that if you've been following the sport long enough you ought to know that Roach doesn't have much of a reputation to talk bull. Without the Roach factor I wouldn't even be watching this fight. Apparently, his entry into the picture has kept all this interesting and is enough for me to pick Chavez Jr.one more time.
Posted by Mark F. Villanueva at 3:23 PM